We’re very excited to be sharing the first video in our on-going series of interviews with spectacular film makers. First up is Creative Director Federico Ponce.

Federico Ponce may not yet be a household name outside a tight-knit Motion Graphics circle in Los Angeles, but chances are you know his work nevertheless. As a visual artist and creative director, he has designed the title art for movies like Avengers, Thor, Iron Man, District 9, The Twilight Saga and many more. He has also designed a handful of your favorite movie trailers and directed numerous commercials. And now he’s working on his narrative directorial debut, “Sebastian: The Slumberland Odyssey” – all of which he’ll be telling you more about in the videos we’ll be posting over the next couple of weeks. 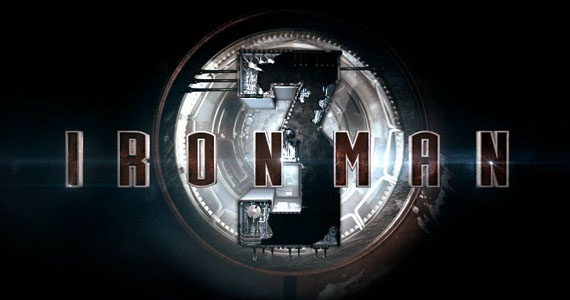 In this first video, Federico tries to answer what is quite possibly the most important question to any film maker: How do you follow your passion?

Stay tuned for more from Federico. Upcoming videos include “How Do You Create Opportunities For Yourself”, “What Is Motion Graphics”, “Why Create A Graphic Novel For Your Movie” and many more.

Let us know in the comments what you think. And learn more about Federico Ponce here.

Read on for the full transcript of the video.

I’m Federico Ponce. I live in Los Angeles and I’m a director.

I am not originally from here. It’s really been an interesting transition because I didn’t wake up and say, ‘I want to be a director.’ It’s been a very, very organic process. I actually come from a very conservative family and the arts were never part of the thought process in my family. Except for my mother, which was a really big influence for me – she would read very deep mythology since I was really young (5). I mean, I couldn’t understand it but I loved it. She was definitely the more artistic in the family. But it was never a real life path for anybody in my family.

So it never occurred to me that that’s what I wanted to do. And then as I got older, I was 18 and I had to make a decision about my life. I would either have to do the traditional follow in your father’s footsteps, you know, being the traditional Latin American family – that’s what you have to do. Or, I could go into this unknown path of the arts. I didn’t even know what paths there were. At that point, there was nothing like that in Mexico. Everything sort of had a very starving artist connotation and it wasn’t seen as a career. It was a very difficult transition.

So I was lucky enough to have found a friend of mine who brought me here to L.A. and he gave me a tour of a few art schools here, and I was blown away. You know how people say, ‘Oh, I saw this woman! I knew I was going to marry her!’ – Well, that happened to me – I went to one of these schools and as soon as I saw the gallery, I felt it in my heart – I’m going to be a student here. It took me a few years to get in, but I had that certainty. I still didn’t know what I wanted to do – I just knew I wanted to be there.

It was a struggle. I think they were right, because everybody else was s good and I was terrible, but finally I got in there. What I was doing was illustrations – I was doing drawing and fine art painting. I loved it to death – it was a really beautiful expression and a really good manifestation of something that I’d been doing since I was a little kid, and that’s something that’s really worth exploring in everybody’s life – what is it about your behavior that comes through naturally that you just keep on doing repeatedly? That was one of the things – I was always drawing, always telling stories, always writing stories in my own comic books, and it was just sort of this natural behavior.

Anyways, fast forward to the school. It was an incredible experience. It was almost like I would describe it as sort of being an outsider and never belonging (because that’s how I felt all my life) and then going to Jedi school and finding all these Jedi’s, and everybody is incredible and your teachers are amazing, and all your students and peers are incredible, and all of the sudden you are elevated to this level.

So it was a very intense experience and I love it to death but I still didn’t know what I wanted. But it didn’t matter anymore – I knew I was floating around theory of things that I was very passionate about. And I think that’s the other key part of it – I was just so passionate about it.

I remember one of my teachers always said, when they asked him, ‘How did you know you were an artist?’ and he said, ‘Well, it was very simple. If I’m not painting, my stomach hurts.’ It wasn’t like the philosophical response that everybody expects or profound, but then the more I thought about it, the more it made sense – if you’re not doing what you love, you’re in pain – it’s as simple as that. That’s what would happen a lot of times in my life. If I wasn’t doing what I was really passion ate about, I would get depressed.

So anyway, while I was doing the painting and illustration stuff, I started seeing the financial part of it, and I was like, ‘Hmm, this is going to be very difficult.’ I’m not as talented as some of my friends who were incredible. I needed to figure out something that was more commercial. And what happened was one late night at school, I was working and then this truck pulled by and they unloaded these SGI machines (silicon graphics). And it was the first time I had access to something like that. it was super high in computers, like spending thirty minutes rendering a sphere, a 3d sphere, and it was so magical, and I was like, ‘Oh my god. I’ve got to be a part of this. This is it! This is the future!’ – it hit me like a ton of bricks.

So I talked to the lab guy and I said, ‘How do I get into this?’ And he said, ‘Well, you’d have to be a car designer to be able to use these machines.’ And I said to myself, ‘Oh man, but I’m not a car designer. What can I do? Is there a motion graphics program or is there a digital illustration program?’ And he said, ‘No.’ So I talked to my teachers and I talked to some of the heads of the department at the school. They were nice enough to let me take some classes. But nobody knew what I was doing. I didn’t know what I was doing. But I started doing motion graphics and visual effects, and that was the start.