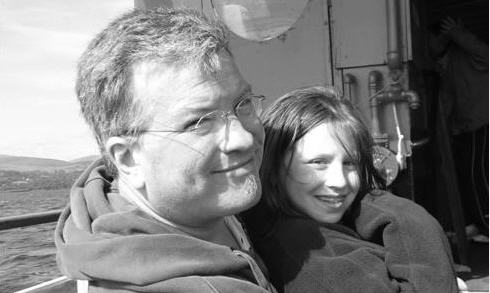 Joe Crump graduated from Film School in 1981 from Columbia College in Chicago. Moving from Chicago to Los Angeles, he worked in the movie industry for the next 6 years as a Grip, an Educational and Industrial Film scriptwriter, and as part of a camera crew for CNN Chicago Bureau.

Joe joined the now defunct NABET union and over that 5 year period, he wrote 12 feature length screenplays. An executive at 20th Century Fox saw one of Joe’s scripts, gave him a call and ultimately, put the script in development. However, after about a year of development and rewrites and deals that didn’t quite happen, it finally sputtered and died.

Deciding to make enough money to make his own movie, Joe got sidetracked for about 20 years and ended up building a successful real estate investment business. This has afforded him the financial stability to begin investing in his own projects, opening up a world of creative possibility.

Joe recently co-directed the Emmy Nominated, PBS aired documentary “Children of Internment” with his sister Kristina Wagner. He has launched the production company “20 Questions Film” and founded a filmmaker blog by that same name. He and his company are working on a slate of feature films that will be going into production in the next 12 months.

Download the free e-books Joe has written. These “rather lengthy” articles will teach you the lessons learned from building businesses and making money and how it relates to filmmaking.

How To Pay For Your Film
- How to get enough money to make a film without begging or losing control of your project.
You can get this e-book here.

You only have to opt-in once to get both free e-books.

The Storyteller Series: Rehearsals and Why They Are So Important