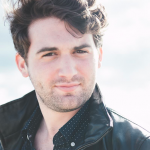 The following is a guest blog by Nick Friend. Nick is a budding DP and editor who launched FriendFilms in 2014 and is steadily making strides to be a full-time filmmaker. Based out of New Orleans, he found his passion for film through a documentary film class and hasn’t looked back. He specializes in editing and cinematography.

I’ve worked as a low budget editor for quite some time now; nearly every project I’ve worked on has either been a passion project of mine, or a zero-sum/micro-budget project. Mostly favors that I’ve done for acquaintances or trades in services (cutting an actor’s reel in exchange for his appearance in a short film, for instance). I have worked with incredibly tight deadlines and, as I’m writing this currently, I’m secretly stressing out about a commercial deadline for the most recent video of which I’ve had the pleasure of being a part. But here’s the thing… I wouldn’t have it any other way.

Yes, I’d love to make more money doing what I do, but I feel that that mentality is the wrong way to go about a job like this. Oftentimes, editing can be thankless and un-noticed. To be honest, that’s the way it should be! No on is supposed to notice the editor and the best of us make the stories that we string together look seamless. The thing about working for no money, though, is that the connectivity of myself with whatever project can go one of two ways: I can either divest myself from the project and, for lack of a better term, “get it over with” or (and I think that this is the better way to go), acknowledge the fact that there’s no financial gain involved and do my best to gain something from the project. This industry, especially in the beginnings of it’s participants’ careers, demands a higher knowledge of things and in this light, every opportunity should and, almost always is, a learning experience.

Now, you’re probably wondering “well, what have you learned so far?” I’ll give you three pillars in that respect.

1. Patience isn’t a virtue; diligence is

Patience certainly can be a virtue, but, given my experience on the projects that I’ve been a part of, it’s more about sticking with your guns and not giving up or giving in than anything else. There’s a lot of times that people tell you to “sleep on it” and I agree, that can be helpful, but I also think that it’s important to put in the time. “You know, that whole ten thousand hours” thing. If you do decide to sleep on it, then getting up and getting back to it is arguably the most imperative thing. Basically, don’t stop working.

We’ve all gotten a lot of advice and nearly everyone has had an experience when someone told them to “take any job you can to get the experience that you need” and that’s all well and good, but I don’t think that the people that hear this are actually listening to what they’re being told. First of all, there’s the phrase “take any job you can get.” First of all, think about this sentence. I started in the industry by taking any job that I could get and I ended up in the back of a van moving ice back and forth from one van to another in St. Francisville, LA, (no, you don’t know where that is – neither do I) to keep a bunch of drinks cold while the entire cast and crew were on their day off. I don’t know if you can tell, but that is miles away from what I want to do in this industry, which brings me to the second half of the phrase, “… to get the experience that you need.” This is of utmost importance. There’s a tiny sliver of the pie that you want to take and that’s where you need to stay. If you want to be a film editor, then edit films! Don’t take a job as a production assistant in a news studio if you want to be a screenwriter. It’s not going to help and it’s going to pull you away from the path that you so desperately want to be on.

Here’s the tricky part, though. I haven’t figured out how to make this happen and I don’t know anyone who has. Which leads me to my third pillar.

There comes a time in your career when you are so tired of spending all your time at your day job and saving money for your next passion project, that you will become stifled and miserable. That will happen to you. It happened to me. It happened to David Fincher and Ed Norton and Craig Robinson and Annie Leibowitz. There will come a point when you want to look at your boss, flick him/her the most sincere “f**k you” you’ve ever expressed with your most explicit finger upon your hand, and walk out.

Do it. Don’t do it now, but do it. Also, maybe don’t do it the way I did (*cough*), but there will come a point when you have to tell yourself, “it’s time” and you just have to jump in with both feet. It’s terrifying and uncomfortable and sometimes it will ruin your plans to go to Cabo San Lucas with your college buddies but, you know what, ten years down the line, you can’t kick yourself in the head about giving it a shot.

When your granddaddy was on his deathbed, he sure as shit didn’t say, “I wish I’d done less.”

- My mother (though I’m pretty sure she stole the quote) 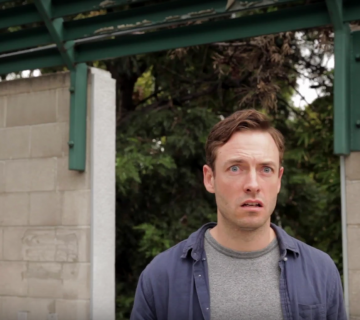