Calling something “low-budget” leaves quite a lot open to interpretation. While most of the widely distributed films out there may have some sort of studio backing and $20-100M budgets, I think it’s interesting – and comforting – that some of the best films out there were made possible on relatively small budgets. One of my personal favorites from the 2014-2015 awards race was ‘Whiplash’ – shot on an estimated $3.3M budget. ‘Boyhood’ was shot – over the span of 12 years – on an estimated $4M budget. ‘Ida’ on a mere $55K budget.

Even so, $4M is a far cry from what most of us have tucked away in the mattress. As a new filmmaker looking to get your own, first project off the ground, “low-budget” shouldn’t even be in your vocabulary. “Micro-budget” or even “nano-budget” are much more descriptive of the financial route you’ll be taking. So let’s look at how you make the most of the least.

IndieWire recently rounded up a handful of their archived articles on how to make feature films on a micro-budget and there are lots of good, little nuggets of advice in there.

One particular article points to the importance of building your story around available locations (not the other way around), utilizing the vast pool of film making talent on Craigslist, and adhering to the old mantra ‘time is money’ by optimizing your shooting schedule to stretch every dollar:

The number of shooting days have to be kept to an absolute minimum and you have to shoot with no lighting whatsoever. The cinema-verité shooting style allowed us to shoot every scene without lighting. We even had a nighttime scene that was lit only with candles and one practical. You would be amazed at the low lighting capabilities of new DSLRs – they can handle anything you throw at them. Shooting without lights saves you lots of money but it also saves you lots of time so it allows for a very short shooting schedule.

In another article, Jennifer Westin talks about the importance of making proper financial arrangements with your crew and cast, getting creative with your use of locations, and making sure your $0 footage looks like a million bucks:

In today’s world of $3,000 pro-sumer cameras which produce images that look shockingly good, there’s no excuse for a movie that looks like crap. People always come out of my work-in-progress screenings bowled over by how good/big/real the movie looks. If you’re going to go through the tremendous effort of making a feature, it had better look and feel like a “real” movie. That’s the minimum barrier to entry to be taken seriously professionally, and without that your movie simply will not be commercially viable. You don’t have to shoot on an Alexa (not once has a sales agent/distributor asked me what camera we used) but the finished product does need to look professional.

First-time director Joshua Overbay also shares his experiences and points out how marketability should be the least of your concerns, how important it is to keep managing your time during post-production, and how to embrace your limitations:

In the documentary, “Under The Great Northern Lights,” Jack White of The White Stripes discusses his philosophy of creativity. His thesis is that creativity can only exist when limitations abound. While on stage, he implements this methodology by using crappy guitars and placing instruments on opposite sides of the stage. All of this is done because it forces him to work hard for the outcome. For the micro-budget filmmaker, you don’t have to manufacture limitations. They abound. But what White reminds us is these limitations must be viewed as opportunities to test your creativity and respond to the problem. These limitations will not only be financial, but also creative – such as the need to shoot almost exclusively at one location to stay under budget.

See the red thread here? Locations, locations, locations. Consider what you have available to you and embrace it. Learn to love the fact that your 1-bedroom apartment have to make do for now. Heed the advice in the rest of the articles in IndieWire’s roundup – and something like this may be up next: 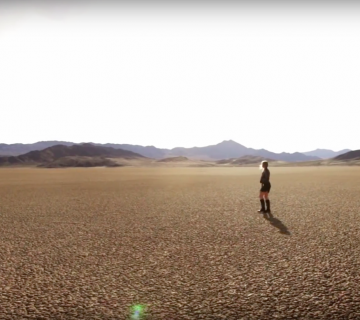 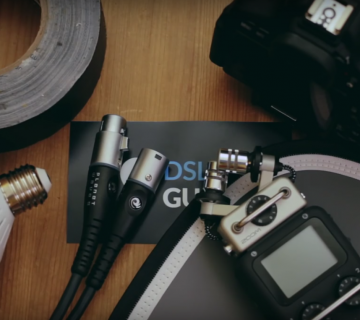