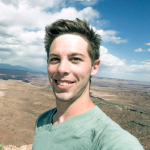 The following is a guest blog by Aaron Arkens. Aaron is an independent filmmaker based in Los Angeles, CA. He attended The Motion Picture Institute of Michigan, New York Film Academy, and Michigan State University.

Aaron released his self produced documentary Driving July in the summer of 2014.

Story is an elusive word.

It seems so simple in concept, or even worse, it seems obvious. But besides all the so-called obvious answers, why is it that some filmmakers after years of work find themselves on the next breakthrough in the entertainment industry, while others are unintentionally competing with Tommy Wiseau’s The Room in the world of unintentional cult comedies? (Or maybe they’re dramas. It’s anyone’s guess at this point.)

It starts with an idea.

Whether you’re a filmmaker, a writer, or even just someone who likes to think differently, you have something to tell. But what is it? Chances are you don’t even know it yet. A lot of times that feeling is nothing more than an emotion, and a search for a means to show it.

The fact of the matter is there is something within all of us that longs for the short route, hoping to instantly show everyone our next brilliant idea, and longing for the instant gratification that comes with it. The story twists and turns with us, and if we’ve lost sight of why we were creating it to begin with, we can find ourselves frustrated, leaving the project that we thought would spring us to greatness somewhere in the middle of My Documents, which we’ll stumble upon next time we’re clearing space on our computer.

A seed needs room to grow.

As a storyteller, you must not only understand this, but embrace it. I’ve watched many young artists that I’ve been friends with plow through their work for the sake of plowing through it. The unfortunate fact is that most of the time, it results in this review:

“It was kind of slow, but I liked that one part”

It’s because the storytellers got confused along the way and thought that one brilliant idea was the only idea. Conflict, character development, and the change of emotion were pushed to the wayside, all for one cheap pay off.

How do you convince them that it was their idea? It’s almost like that scene out of inception. “I say don’t think of elephants. What are you thinking of? Elephants.”

We can very easily get caught up in the relatively recent technology that separates film from other mediums, and forget that people aren’t watching our work solely for exhibition. Movie-goers want to learn from us, and grow with the characters in the situations that we’ve created. I urge you not to get caught in the trap of believing that the audience is stupid. Your work will reflect it, and the only people looking dumb in the end will be the people who worked on that project.

A film is like a relationship. Be very very sure you are ready to spend the next few years of your life on what you are working on. Otherwise you might be in for a messy break up.

How do I stand out?

There are so many films, and even more stories. Everyone has something to say, and more often than not, if someone has an outlet to share what they are thinking, they will use it. It is the reason why social media continues to boom more than ten years after the release of Myspace, and why its predecessor Facebook still stands at the top of the charts.

It’s a question that all of us try to answer on a constant basis, whether you have made it or not. Study interviews from the best filmmakers and they’ll all say the same.

There really isn’t anything fundamentally different from the Steven Spielberg’s of the world and the countless film students who find themselves leaving USC wondering where to go next, but there’s nothing that says that those students can’t fall into Spielberg’s category as well. After all, some of them do. But the knowledge is never innate, and luck isn’t always as lucky as it seems on the outside.

What separates the successful and the not-so-successful?

There used to be a question I would hear a lot growing up. “If you could ask anyone living or dead anything, what would you ask them?” The great thing is, now with Youtube, while you might not be able to ask your question in person, there is a chance someone else already has. We are living in an age where you can get to know someone so well, you feel as if they are a good friend even though you have never met. Never in the history of the universe has that ever been more true.

Find your inspirations. Research them. Not just their films, but who they are as people. You would be surprised how much of their greatness is hidden to them in the routines of their daily lives, and would never be obvious unless you took the time to understand their insecurities and emotions and began to relate it to their creations.

Everyone has the means of telling stories in this age, yet we find it’s the same people who are releasing top content. At a certain point, maybe it is not the work of art itself that you should be studying, but the artists themselves. They might have a few tips that experience couldn’t offer you.

So, if everyone has a story, why are very few good? Personally, I find my biggest obstacle in storytelling is the belief that every scene must be great. And I don’t mean that every scene must work. I mean, every time I pick up the pen I have the desire to write something along the lines of “Luke, I am your Father”.

The thing is though, in any iconic movie scene, we focus so heavy on the delivery that we forget everything leading up to it. It is the context – the whole – that makes something great.

John Mayer once spoke in front of the Berklee School of Music on the economy of songwriting, specifically the creation of a guitar solo. I suggest taking a look at it and applying what he said to your side of storytelling. It is all intertwined after all.

The truth is, while genre is a very predictable way to categorize a story, you should never bring the element genre into your work.

After all, what really does make a comedy a comedy? I can tell you I laughed a lot harder at The Room than I did The Hangover 2, which is what neither of them intended. On the other end of the spectrum, I teared up at the end of Toy Story 3, and I found myself laughing throughout the violent irony of American Psycho, both of which brought forth reactions in completely new ways.

The fact is, the great storytellers are not kings and queens of genre, but of themselves. They understand the emotions that drive them, they understand how they get to those emotions, and they use their medium to make you feel it as well.

Story is within all of us. You might have as much to write as the Nolan brothers, or the eye of Wally Pfister, but if you do not study your own unique way of expression, you will be caught in the trap of trying to impress, never express.

So I leave you with this. Film is one of the newest, most untapped forms of art in all of this world. It can change and it will change. Will you wait for your next big inspiration that someone else has created, or find it deep within yourself and put it on the paper?

Choose quickly, because if you choose the latter, you’ll find that you might not even be sure what to express right now. It might take years. But even if it does, they will all add up eventually. And who knows, maybe, just maybe, you’ll find you do have the power to express something that can affect people in ways that you will never truly understand.

If you’ve done it right, your stories should be part of you. So as they say: Trust in yourself and the rest will follow.