The Devil is in the detail.

Cinephile Vimeo user, Love of Film, created a clever little video highlighting the use of repetition in framing and blocking in David Fincher’s Gone Girl.

What struck me as the strongest feature of Gone Girl was not really the acting or the story. Not a whole lot happens, to be honest. But the mood is expertly set at the beginning of the film and kept all the way to the end. I would argue that Fincher’s use of repetition is responsible for this, and this eerie video backs it up. Locations and events – even movement – are used twice, which makes the viewer process where the characters are (both physically and mentally), how they got there and what changed along the way. It creates a sort of constant plane that the narrative operates upon. The effect is chilling. 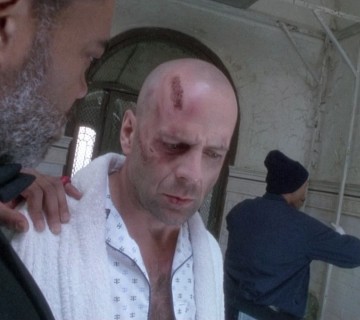