One of the most universally agreed upon truths of the film festival circuit is that Sundance is off-limits, unless you have the right connections. You always need that in to, well, get in. As an amateur filmmaker just starting to make sense of the ins and outs of the festival circuit, armed with hopes and dreams and maybe even an excellent film, it can be devastating to hear the community, in a unified voice, tell you that getting into Sundance is impossible, unless you’re tight with a Sundance darling of previous years or the producer of your film has a long, proven history of success in Park City.

Chin up, friends. It might be hard, but it’s not impossible.

Whichever way it’s done, it’s never too soon to start preparing for this holy grail of festival submissions. Watch above and below to get a head start on the competition.

These video interviews, from our colleagues at Film Courage, center on Diane Bell and Chris Byrne, and their Sundance experiences with ‘Obelidia’ – which, even though it was submitted on the very latest day possible and with no personal connections to the festival, went on to win the Alfred P. Sloan Award, a cinematography award AND was nominated for the Grand Jury Prize.

The biggest take-away from these interviews, in short, is that a unique, personal vision and a great product will get you there. And once you’re there, don’t sit back and hope for the best. Make the most of every single bit of publicity your Sundance acceptance gets you. That’s how you open the door to the distributors.

And be sure to check out ‘Obselidia’ on Vimeo VOD. 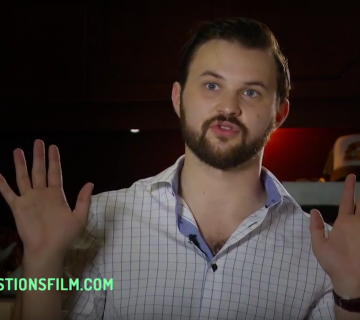