If the word intertextuality takes you back to your otherwise long-forgotten college film analysis classes, don’t be alarmed. The subject matter is actually not as boring and painfully academic as the word it hides behind. Intertextuality is about emotions – and is that not what filmmaking is really all about?

When I watched Nerdwriter‘s video essay on the subject of intertextuality and how it’s become Hollywood’s new currency, it was with a bit of d’uh attitude; I had been thinking about this for years and I always let out a slight tsk whenever a new film throws in callback after callback to (mostly better) works that’s come before it. But what Nerdwriter does an excellent job of pointing out is that it’s not all bad. From a financial stand-point, the franchises and shared universes flooding the cinemas right now are fairly safe bets. Which is understandably important when the bet is on a 2-300 million dollars production budget. But more importantly, when it’s done right, the use of intertextuality can add humor, drama and a connection with a viewer – you feel like you’re in on an inside joke.

So after watching the video, my wheels kept spinning. Take away the big-budget financial speculation, the setting-up-for-sequals, the cheap thrills of recognizing a character or image – and what you have left is a filmmaking tool for creating familiarity and instantly eliciting certain emotions. I will, for one, be more aware of the impact of this ‘weaponized intertextuality’ in my writing and not simply brush it off as a dirty trick used by Hollywood blockbusters. Because moments of familiarity is good, especially when the material is fresh and foreign. 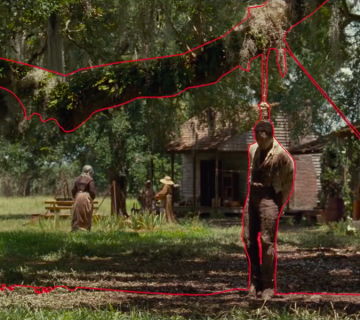