What is an EPK, what goes into an EPK – and why should I even have an EPK for my film? These are all valid questions, though for some they’re nothing short of gibberish. So let’s start with the first one.

What is an EPK? An EPK or Electronic Press Kit is a package of digital materials that are used to promote your film. In this age where people seek out trailers, clips, and “making of” featurettes on everything from Twitter to Facebook to Youtube, an EPK is essential in building interest for your film. It gives the audience a taste of your story and a taste of you as a filmmaker.  Think of it this way: At its heart, an EPK is the place where you get all the elements together that are going to best promote you and your film.

So now that we know what an EPK is and how it’s used, let’s talk about what goes into an EPK. EPKs consist of many elements; the trailer, soundbites from the cast and filmmaker, clips from the film, and B-ROLL. How many clips, how many interviews and how much B-ROLL depends on the size of the production. A movie like The Avengers has numerous EPK crews following every stage of production.

Let’s take a look, shall we? Check out the below link for Mad Max: Fury Road. And make no mistake about it – this B-ROLL was seen by many eyes before it was approved to be a part of the EPK. Leave nothing to chance when the goal is to create interest in your movie.

Interviews from the cast and crew are typically done on set. Have you ever watched Entertainment Tonight or a “making of” featurette? Those interviews where the actors are in costume and the director is in his director’s chair on set – yup, those are part of the EPK. We call them ‘soundbites’ because the interviews are edited down to a quick 30-second to 1-minute clip of the actor or filmmaker commenting on a specific aspect of the project, be it their character, their co-stars or the filmmaker.

Here’s an example of soundbites taken from Dallas Buyer’s Club’s EPK – an EPK that Yours Truly was fortunate enough to work on.

“But back up for a minute, Heather – that interview wasn’t done on set!” You’re right. Because Dallas Buyers Club was such a small production, the EPK interviews were done after the movie was made and picked up by Focus Features. So just because you’re doing a run & gun shoot, that doesn’t mean you can’t put together a solid EPK after the fact.

The film clips section of the EPK usually consists of around five clips. Have you ever seen an announcement for a new clip from an upcoming movie? That’s part of the EPK. Ever noticed how when an actor goes from talk show to talk show they always seem to show the same clip? That’s because that clip is part of the EPK and has been selected because it presents the film and the actor at their best. The goal always being that if you see that clip then you’ll be intrigued and want to see more. Keep in mind the attention span (or lack thereof) of your average viewer, whether it’s online or on TV.

Here’s an EPK clip from a little movie that came out this summer, that you may have heard of:

Okay, so we’ve got B-ROLL, sound bites/interviews and film clips. Anything else? Why, yes! We also need stills and, especially when it comes to indie films, the director’s statement and production statements. It may seem like a lot, but like I said, the size of your EPK depends on the size of your project. A short film’s EPK might consist of a trailer, maybe a scene, stills and a director’s statement. This is your kit; the way you make it depends on how aggressively you want to promote your film.

And that leaves us with the big question – Why do I need an EPK?  Do you want your film to screen at festivals? Let’s assume that you do. When it does, do you want people to know about it, and even to come and see it? How do you plan to get them there? I’m a curious moviegoer and chances are that I’d like to see your film, but to see it, I have to know about it. Making an EPK to promote your film is one of the best ways for that to happen.

It’s understandable that if you’re a smaller, couple-hundred-thousand-$ production (or smaller), you can’t afford to have a whole EPK crew filming every minute. And let’s be honest, you may not want them to. But what you can have is someone on set taking stills. When you’re wrapped, you look through them and pick the two or three stills that best represent you and the making of your film. Think of creating an EPK the same way you do when you create a movie. It’s all in the planning. It should be part of the planning.

Film festivals want EPKs, because they want to promote your film. They create programs and ask for short bios on you and your actors. They ask for stills; shots of you being the awesome filmmaker that you are. Wouldn’t it be easier to have all that stuff put together beforehand? Big film festivals like Tribeca have their own criteria for exactly what can be in your EPK and how they want it delivered, so you should always be prepared to customize your EPK to a specific festival (or publication or talk show or blog). But remember that when you’re busy trying to market your passion project, you can’t afford to drop the ball. It’s better to have something ready to send when the call comes, than it is to have the dreaded oh shit! moment. Plenty of those to go around already.

So where do you start? Well, have you ever set up a project on WithoutABox or FilmFreeway? They help you set up your EPK by prompting you to add stills, a director’s statement, and a trailer. On WithoutABox it’s actually called a “Press Kit,” and you get to submit it when you submit your film to a festival. Once accepted the festival may want/invite you to submit more, but you’ve already promoted your film just by giving them those few elements.

This is a day and age where the marketing of your film starts almost as soon as you start pre-production on your film, in some cases even sooner.  Don’t let it overwhelm you. Your film isn’t about your EPK, but your EPK is about your film. So to close, here’s one last clip from a movie that also came out this summer. Does it make you want to see the film? 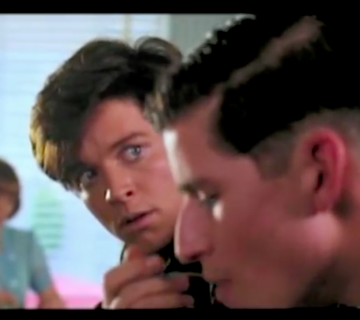 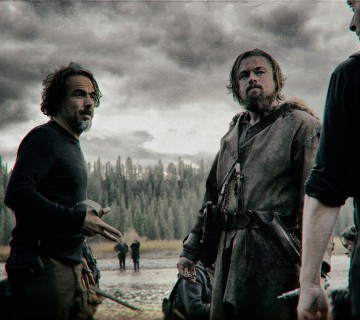 How To Build Your EPK 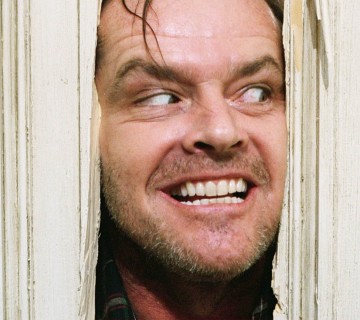