Theatrical vs Online. Tugg vs Gathr. Distributor vs DIY. The options (and obstacles) are plentiful when it comes to getting your film distributed, but luckily so are the services trying to make the whole thing easier for you.

You made a film. Now what? Chances are you would like other people to enjoy the fruits of your efforts, and if you are fortunate enough to have other people with a financial interest in your project, chances are that they would not only like the film to be distributed, but rather they would demand it. If the latter is your situation, I would hope you have already planned ahead and have a distribution plan ready (see our recent article on how to make a business plan for your film). If you don’t, read on for some of your options.

Tugg is a community-driven platform for bringing independent titles to screens anywhere in the US. As a filmmaker you can use the platform to arrange and promote screenings, or you can use it to engage your social media following to the point where enough of them – your fans – request your film shown in a theater near you. It’s not a money-making machine, but it’s a fairly low-risk way of making sure your film gets a theatrical release.

Like it’s slightly more streamlined competitor, Tugg, Gathr is a theatrical-on-demand service where either filmmakers or fans can request and promote a screening. Gathr is focused on documentary films.

Video-On-Demand seems to be the best way for a self-distributed film to generate revenue on a continuous basis and it should be part of any distribution plan you create for your project. Once your film has completed it’s festival run, you need to push for sales on VOD services like Netflix and iTunes. But don’t limit yourself to those brandname services – there are dozens of smaller, independent services that don’t require curator approval before making your film available for download/streaming. As a DIY filmmaker you can make your film more or less instantly available on services like Amazon Video Direct, IndieReign, Vimeo On-Demand and TopSpin, so you can start creating a stream of revenue. Check out this list of services compiled by PBS.

There are a lot of film out there. Not only do you need to know who you are marketing your film to, you also need to make sure your film is available for purchase wherever your potential viewers might be looking for it. That means either a lot of submissions for VOD services – or using an aggregator. A service like Quiver Digital takes a one-time fee to distribute your film across all major digital services (like iTunes, Netflix, Hulu, Amazon, Google Play, etc.), after which you get to keep all revenue, less any percentages taken by the service your film was purchased or rented on. Similar services are offered by Kinonation and Juice.

Check out this No Film School article on aggregators – and the same writer’s experience using Tugg for her theatrical run. 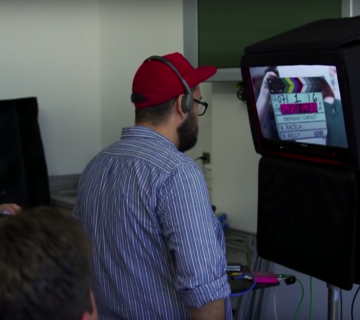