The following is an opinion piece by guest blogger Federico Ponce – whom you’ve hopefully already been acquainted with through our series of video interviews with him. If not, go check them out. Fede is a freelance MoGraph and Visual FX artist, has worked as creative director on several Marvel project (like Iron Man, Avengers and Thor) and is currently working on his own project, Sebastian: The Slumberland Odyssey.

When I learned to ride my bike. I fell down chipped a tooth. But my parents did not take the bike away, they encouraged me to keep trying. I eventually learned and years later, I even won a few races.

By now you have probably read all about how The Fantastic Four movie tanked and how terrible it is. You’ve probably heard rumors or speculation that Josh Trank’s career is done. Throughout the commotion you have probably caught a glimpse of the director’s frustration on twitter. But through all the vitriol and unabashed passion, let’s take a breather and try to see what is going on. Because this kind of unrestrained response to a film doesn’t sit right, it goes beyond fandom, it goes beyond civil disagreement, hell it goes beyond entertainment.

Josh Trank had made a terrific film called chronicle. He brought a high concept to an established super hero genre and created relatable characters. He showed prowess and great aesthetic when dealing with visual effects. He told the story he wanted and he did so while being vigilant of a budget but most importantly, he created a world, an original intellectual property that found its ground with the younger millennials. This new film was well received with audiences and critics alike.

So far are you with me? Does Trank seem like an outlandish choice for a superhero movie directed at teens and young adults? Maybe it wasn’t the craziest of choices given that, even though he had not done a massive tent pole franchise before, plenty of  first time directors had already proven that they could transition into bigger films.  With all the rumored shortcomings, the least divergent component of this dysfunctional tetrad is Trank.

THE OTHER COMPONENT: The critics. They are “just” doing their job and we all know what that means, they get paid to dissect movies not to enjoy them and that is fine, it serves a purpose and even at that, it’s not even an objective way to measure art (yes, art).  Then we come to the bloggers. These writers are a diverse group.  Most of them are passionate journalists looking for a good story and some of them are ardent cinephiles. The majority write with their hearts and look for a way to connect. They are the bridge.

Unfortunately a small chunk of them can be signed off as digital parrots, repeating whatever will give them those oh so desired clicks, with no sense of emotional restraint or intellectual analysis or even the minimal moderation and self-censoring needed to check for facts before publishing something. They rather shoot first, damage and then apologize and re-edit. As if “undo” on their computers could be applied to a person’s career. But who cares about the life’s work of an artist, when there is a keyboard and a screen between the blogger and real life.

Some “Authors” even go as far as pandering to the big studios in order to get that exclusive. It didn’t use to be this way, the blogs used to be the last bastion of diversity in opinion left on the ever commercialized and capitalized internet. But the real crux of this article is not that diverse group of bloggers, it’s the homogenized loud part of the audience. You know which one, the one that can’t stand people eating popcorn next to them because the sound distracts them from looking at the black widow’s ass.  This particular brand of beloved moviegoer has transformed from a loving fan into a horrible demanding, tantrum throwing quasi adult bent on destroying anything that does not conform to its unrealized prepubescent desires. I could write six tomes of Jungian psychology trying to define what sort of reticent feelings lay dormant on these creatures but I will spare you the horror and just bare naked the fact that perhaps most of their unrealized dreams are projected on to the comic books and movies that feed their imagination, hence acquiring paramount value in their wellbeing.  But what’s the relationship between the fandom and the film industry?

Well, the fandom holds the key. They are the consumers of the product and therein lies the entire calamity of the matter. As consumers they have been programmed to think that everything that they spend their money on is a product they can consume and discard. They have no regard for the life of the product or even its origin. Their prime objective is to satisfy their immediate desire and when that is done they move on the next, and then the next and then more. Every time their desire grows so does their lust for something bigger, sweeter, more explosions, more characters, more vfx, more story, more more, more… you get the point. When their desires and expectations are not met, they destroy. They tear apart. There is no room for reining in emotion, the world becomes either incredible or horrible. The view of absolutes take over and the consumer continues on its quest for more. If I remember correctly only the Sith see things in absolutes.

But what would happen to the entire film industry if instead of an audience of consumers, we had PATRONS. Like the ancient patrons of the Greek or Roman arts. Supporters of a craft that takes time and patience to develop. Film making is a craft that can become an art. It is one of the most complex forms of art present today and there is no reason why art and entertainment cannot be one and the same. Filmmaking is the incredible culmination of a choreographed dance between hundreds of people. It is the live example of what happens when people unite under a dream and follow their passion in order to bring that dream to fruition. Of course there is the studio side of it and the strategy and positioning, budges and the less romantic part of filmmaking but nevertheless it remains an art. To make films is to move mountains.

If the audience steps up to the plate and evolves enough to become a modern day patron it will be rewarded handsomely for it. It will not just be a passive player in the film making process. It can find a way to realize its creative potential by supporting authors and directors and having the pleasure of seeing them grow. There is no greater feeling than losing one’s self in a larger meaningful moment and what an incredible feeling it could be if the audience believed in their artists and supported them through the hard times. Maybe then the creative people wanting to make movies would not have to trade their souls to the devilish corporations and have their entire reputation rest on the fragile decisions of suits and fat cats whose only purpose is maximizing profit.

When I learned to ride my bike. I fell down and chipped a tooth and cried. But my parents did not take the bike away, they encouraged me.  So I invite the audience to give Josh Trank and any other Director who is trying to do something new and something cool another chance. I invite the audience to abandon the way of consumption and take upon the road of creators. Become Patrons of the arts and support the artists that are trying to make this place a bit more fun. Some have already taken up the journey as crowdfunders and some have ventured into creating their own projects. You don’t have to do either of these, you can just start by regulating your response to something with mild dislike or abnegation rather than full on hate.

I have personally crowdfunded a few projects and for a brief moment I felt part of something bigger than I. To see the projects come to life…well that was much better feeling than tearing down someone else’s career.

You know what the core theme of the Fanatstic Four is about? We are stronger together.  #GotrankGo 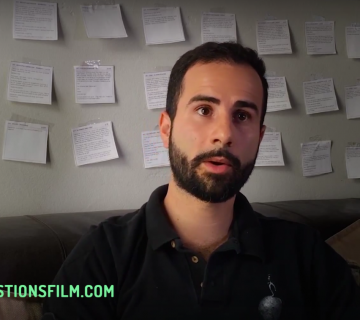 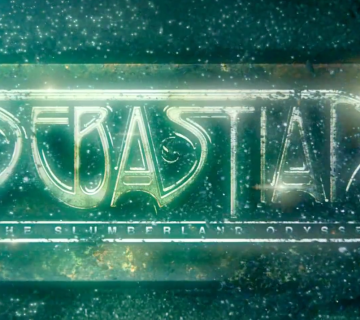