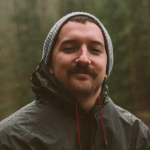 The following is a guest blog by Caleb Wheeler. Caleb is, in his own words, a man who grew up to be a kid and is lucky filmmaking is little more than recess that takes itself seriously. This is a piece on the importance of sound in cinema – and vice versa.

If you were to mute the movie, any movie, what would be lost?

Movies are absolute visual stimulus, no matter the genre, no matter the plot. The audio tends to be secondary in our minds. While sound lends itself more to a villain’s monologue than a daring car chase through Amsterdam, both are ultimately on the chopping block. Direct exposition might stall in the silence but we still have visual cues: the performances, the aesthetic and the movement. In live theater, it’s all about the actor’s movement whereas film relies on the camera’s. This cinematic principle is called the “eye of god.” A camera takes you places you’re normally unable to go. Even more than that, this dynamic gives you insight – a camera will hold on an actress’ face far longer than we’d dare stare in real life, and in that disembodied, extended focus we observe every inch of her emotion. Now incorporate sound: her shuddered breath is agitating, the stifled sobs emotive. Sound is the sensory validator, confirming what we see is communicating what it should be. The screech of a violin announces a psychopath with a meat cleaver while a slammed door indicates an unseen entrance. Now remove those markers… something is lost but is something gained as well? Think of cinema before “talkies,” in the silent era when faces were dialogue and music was exposition. Now remove that music and there’s still a wholly visual experience there, with all types of indicators toward a story.

So can a movie exist without sound, or sound without picture? Should they be expected to? Ideally, yes.

Take last year’s Whiplash, for example. It’s literally a film about music, but there’s a silent, visual story in there. Imagine Whiplash on mute and the foundation remains intact through what we see: “An aspiring drummer vies for a spot in a formidable jazz conductor’s studio band but soon realizes the man is not only a master manipulator but an absolute sadist to boot.” You could watch the entire film, start to finish and while the sound may change or arguably enhance the overall experience, you’d take in all the information you need from the performances and gradual evolution of the cinematography.

Now, sound without picture is a different story, one we’re actually more familiar with. Audio plays have been around since the dawn of mass media – one of my favorite parts of the radio show A Prairie Home Companion is when Garrison Keillor and co. present a highly-involved skit with nothing but voice and sound. Even more than expositional narration, our ears pick up what is called “ambience” or “foley” to make sense of things. These audio principles ensure the environment of the story is communicated by noise, from a chuga-chuga-chuga at a train station to the skittish footsteps of a woman walking home during a full moon. While picture stimulates us, sound activates our visual imaginations. For example, the final scene of Pulp Fiction serves as its own audio play from the moment Jules and Vincent sit down to pancakes. By removing the picture, we hear only the ambient sounds of the diner and the dialogue of our characters, and once Ringo and Yolanda stick up the joint we are treated to tension in both the silence and raised voices that break it.

The take away from these examples and the theme at large is direction both in sight and sound. Directors should constantly be selling the story in the visuals, even beyond the structure of the script. Likewise, sound editors and mixers must strive to not only follow the visual cues but at the same time compose their own audible story between every screeching tire or ringing gunshot. If sound and sight can come together in these highly intentional ways, that’d make for movies that feed both the eyes and ears in a swell of cinematic awesomeness. 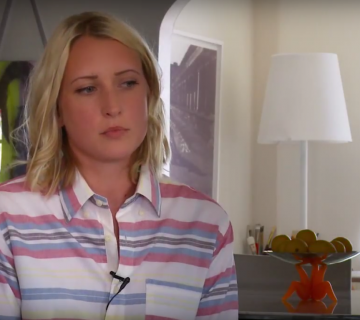