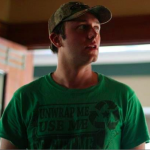 The following is a guest blog by Joe Bohn. Joe is an Assistant Director who has worked with Danny Trejo, Sean Astin, the Russo brothers, David Fincher, Miley Cyrus, Justin Timberlake and many more.

You can get in touch with Joe on Facebook, Twitter or via email. He’d love to hear from you. Also check out the course he’s offering on Stage 32.

The 1st Assistant Director position is widely regarded as the most difficult and least enviable on set. It is one fraught with compromises and negotiations; where politics and artistic visions collide with practical realities and necessities. What exactly does that mean and why is it that so few people seem to know how to do the job competently, let alone do it well.

It’s funny, really, how few people can define the job of the 1st AD. If you can’t define it, how can you do it well? I have several Joe Bohnisms regarding film, the definition of a 1st AD being one of them:

The job of the 1st AD is to get the director as much quality footage as possible given the realistic confines of the production and ensuring the obtainment of enough footage to compile a complete film. Your job is to facilitate the scheduling of the film and the running of set in such a way as to maximize the amount of time getting quality footage in the can as opposed to losing time waiting on other elements that could have been prepared had you done your job more effectively.

Note that I didn’t say your job is to get a lot of footage. If the footage is of a quality so low then it doesn’t matter how much you get, it’s useless. I also didn’t say that your job is to just get quality footage. You need a full film. Eighty percent of an amazing movie is a movie that can’t be sold. So you have to work with your director and other department heads to know when to sacrifice, when to adapt, what’s important, and what can be lost. You are that mediator, the conscious in-the-ear of the director reminding him that while he may want to spend 3 hours on 1/8 of a scene, he still has 8 more pages to shoot today.

For me, I tend to talk in terms of “real estate.” We only have so many hours in the day to shoot. That time is “time real estate” and as a team we have to constantly be figuring out how to spend that shared real estate – with the 1st AD being the accountant.

A Joe Bohnism to remember: “It’s the director’s film, the producer’s product, the DP’s picture, the PD’s world, and the 1st AD’s set”. Why is this important? If the director decides he wants to spend 8 hours shooting an insert of a flower, that’s his choice. You can remind him as much as you want about time and what you still have left, but it’s his (or her, of course) film. Now, should that occur you obviously need to call your producer to set immediately to update them. Things in the modern age can get tricky though. Often times your director is your producer as well. In which case, do your job, have everything coming up 100% ready when the director wants to move on, and let the director worry about his film. Remember you work with the director for his film, but you work for the producer for their product.

Which leads to a pretty simple to state but hard to follow Joe Bohnism: “Not my job”. It’s easy, especially in the low budget world, to overstep your bounds. Do your job and do it well. Let’s say your director is a hot mess, you’re a director as well, and the cast is even looking to you for guidance and direction. Star actor comes up to you and says, “Joe, the director says I should do X but what do you think?” The answer is, always, “I’m not the director, you guys should have that conversation.” Don’t overstep your bounds because it will only lead to you stepping on toes and that leads to you not working again.

As much as filmmakers are professional and talented individuals, you have to remember you are the babysitter on set. You’ll find over and over that people will do their job and then be happy to sit around for hours if no one checks on them. You are the constant eyes and ears watching everything and striving to not waste a minute. Spend some time working in other departments and knowing them intimately.   That knowledge will allow you a short hand to communicate with all the department heads and to know when something doesn’t make sense. For example, your gaffer tells you it’ll take him an hour to light a scene but you know that’s not right because you’ve done it yourself before; you can say no way, it should only take thirty minutes so get it done or explain to me why I’m wrong.

The word no should not exist in your vocabulary. Your job is to facilitate the yes. The producer’s job is to come in and say “no, we don’t have the money for that” or:

Producer: “Joe, do we have the time to do that and make our day?”

Joe: “We can’t do that AND make our day. We can choose to drop something, or compromise something else and still make the day.”

You exist to make this movie happen as best as it can given the resources available to it, let the producer decide how those resources can be allocated, and you worry about running set efficiently and accommodating every need and want you can.

Which also leads to the difference between need and want. Often times you’ll experience a situation on set where an individual swears they need thing X. In reality, they want it and it order to get it they’re willing to sacrifice something they actually do need. Your job is to help them realize the difference. Remember, it’s not your job to decide what they need and want, it’s your job to help get them as much of both as you can.

By the nature of the job, you’re telling creative people they don’t have the time to be creative. You’re the big bad meany of the set. Be prepared to feel the tension that can come from that and let it go. The biggest problem that can arise here, is that all these creatives can have good, great, and wonderful ideas. Here’s the thing, good ideas usually come late and take time to execute. Time you may not have. If you have it, embrace the good ideas and make them happen. If not, then remember: Good ideas are the death of days (yup, another Joe Bohnism).

In summation, you have to be a yes man with conditions, a babysitter, a negotiator, a mediator, a boss, a jerk, and a friend. We work long days in high stress situations with a lot of ego, talent, silliness, and awesomeness swirling around into the awe inspiring cocktail we call filmmaking. Never forget that there are thousands upon thousands of people out there who would beg and plead to do what you are doing. So if you’re going to complain too much, you might as well just step aside and let the next guy take a shot. No? You don’t want to do that? Then hurry and get back to set. Picture’s up!

Image taken from the movie ‘Bullet’ on which Joe Bohn worked as Assistant Director.