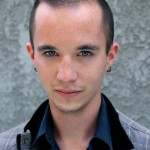 The following is a guest blog by Ian Lerch. Ian has acted on stages around the globe and is now traversing the murky waters of Tinseltown. He has worked on projects with Miranda July, James Franco and Jim Beaver.

This is an opinion piece on the importance of being ‘yourself’ rather than trying to fit into a certain ‘type’.

Too often I hear actors going through casting billboards say, “I would never get that part, it’s not my type.” It frustrates and annoys me that there are starving artists dismissing potential work because they feel branded, so I’ve started exercising a new trick that I’ve recently picked up. I sidle up to them, square my shoulders, look them dead in the eyes and say, “Define ‘type’ for me.” Invariably, most of these actors become red in the face, and spit and stumble trying to cough out some lame Webster’s definition. That, of course, is precisely the response I’m looking for.

My agent played that exact game with me in my first interview with him. I had come into the office, cocky that my self-assessment of what I could and should be cast for would impress him, and like these other actors, I was left with the same slack-jawed look on my face that I receive now. But that one moment explained so much more to me about the casting process than the hours and hours of bad advice that I’ve had the misfortune of listening to and occasionally following from actors I’ve surrounded myself with for years. Here’s what I took away from the experience:

Don’t talk about things you know nothing about.

“Well, I’m the girl next door. I’m the lawyer. I’m the mob boss.” Were Zooey Deschanel or Viola Davis or Steve Buscemi those “types” before they established the trends? A type is far too broad for any actor to try to fit into with any sort of certainty, and you are doing yourself a disservice in thinking that way. I can already see virtual eyes rolling at my A-list examples, so let’s examine a more relevant case – my own.

For the first eight or ten months in Los Angeles I had been brought into auditions for parts I would consider to be more or less of the same type. Almost always I was reading for the thoughtful, emotional, romantically-stunted loner. Chalk that up to my big forehead, weak chin, and lack of facial hair. There would be the odd vampire or cyborg (many thanks to my bony body and pasty skin), but 90% of the characters I went out for and booked could be lumped together in one awkwardly wrapped package.

Then, about four months ago I saw an interesting shift occur. Without any real impetus from me I was no longer going out for the nerd. Suddenly, all of my auditions were for the young meth-head, the punk, the scrawny bully. Same photos, a reel composed wholly of clips of my various nerds, and yet I was being seen in a very new way. I struggled to make sense of this on my own, wondering if I should change my hair, my photos, my wardrobe, get more tattoos and piercings. Should I stop bringing in Michael Cera characters to workshops, and start bringing in Ezra Millers?

This was recently crystalized at an audition I had for a music video. Music videos are great because there is no dialogue and you’re normally cast based on how you look and the vibe you give off. They are a helpful tool in analyzing how the industry sees you, sans acting abilities. So I go to this audition, and I’m being seen for the role of “nerdy teen boy”. I showed up in ill-fitting clothes, my hair combed stupidly, and looking as baby-faced as possible. Easy breezy. It was a group audition, so at my scheduled time we five nerdy teen boys entered the room and stood side by side. The CD went down the line, asking some general questions, then stopped and did a sort of double take when he got to me. He asked if I was comfortable being filmed shirtless. I said yes and stripped. He looked at my tattoos and asked if my ears were pierced. I said yes again. I put my shirt back on, finished the audition and left. The next day I got a phone call saying I had booked the job for the character “shirtless punk”.

An argument could be made that these two columns of characters could be uncomfortably nestled under the umbrella term “outcast”, but that word is too unwieldy to even pay attention to. The point of all of this is that you have no idea what it is that casting directors are looking for—hell, they probably aren’t entirely sure themselves. The most you can do is learn to accentuate and embrace what makes you you. Not what makes you special or different, but what is most honestly you. It’s trite, but casting directors aren’t stupid. They can smell a phony a mile away and can spot a plastic, Hollywood actor just as easily as the rest of us. You are right for some part in some production somewhere. Changing yourself into a watered down version of what you think casting directors should see you as is not only dishonest and disrespectful to yourself and to them, but also makes about as much sense as a dairy farmer deciding to sell staplers, just because there is a market out in the world that he isn’t tapping. 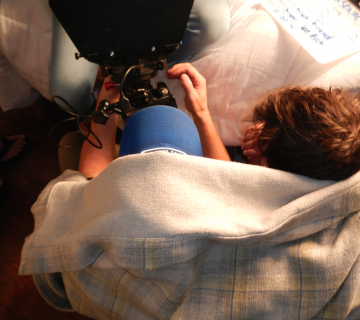