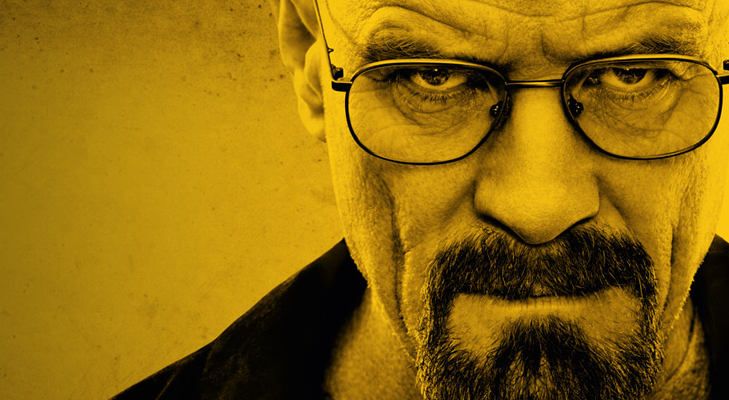 This is the second article in our screenwriting series by Heidi Fuhr. Read the introduction to the series here. Over the next couple of weeks, Heidi will take us through the plot points of the pilot episode of Breaking Bad, to teach us the writing mechanics behind a “good story”.

ACT ONE – PLOT POINT I: STASIS

The ten plot points are broken up into the traditional three acts: act one is the set-up, act two is the journey, and act three is the resolution. To show how the structure plays out in a specific script, I’ll follow each plot point with an example of how it works in the pilot episode of the award-winning TV drama Breaking Bad.

This is the “before” of the protagonist’s journey. His situation is stable, but often unfulfilling in some fundamental way. Alternately, his life seems satisfying, but there’s a major flaw in his character. All stories have one or both of the following: external conflict and internal conflict. Great character-driven stories have internal conflict – an interior character struggle – that gets resolved alongside the main action of the plot.

Stasis is where most of the characterization needs to happen. A complex character should have credits and debits. The debits, or character faults, set up the internal conflict. These fundamental flaws will undergo some fundamental change by the end of the story. But great characters can’t be all good or all bad. This is where the credits come in, to show that the protagonist has some special ability, some rare talent or identity trait that makes him singularly fit for the external conflict to come.

Let’s look at the pilot episode of Breaking Bad. The very first scene is a flash-forward to the height of the conflict; we’ll need to go back to that in Act II. For now, let’s follow the story chronologically and look at the stasis, which is packed with characterization. Before the premise of the story is even introduced, we learn everything we need to know about the protagonist. In Breaking Bad, stasis takes about fifteen minutes to set up. This is rather long for a TV episode. In films, stasis usually lasts between ten and twenty minutes, though occasionally it’s much shorter or longer.

Walter White is an aging family man. It’s his 50th birthday, his wife is expecting a baby, and his teenage son is disabled. A plaque on the wall shows that he was honored for scientific research that contributed to someone else’s Nobel Prize, way back in 1985. His financial situation is barely tenable: his home needs repairs, he works long hours. His health isn’t great; his wife serves him veggie-bacon for his birthday breakfast, and he has a chronic cough. He’s an ineffectual high-school chemistry teacher. Though it’s obvious that he’s passionate about his field, his students don’t care and don’t respect him. After school, Walt has a second job at a car wash. His boss takes advantage of him, the work aggravates his cough, and he’s humiliated when he’s made to wash the car of his most annoying student.

Back at home, Walt is subjected to an unwelcome surprise birthday party. Here we meet Hank, his DEA-agent brother-in-law (whom we’ll later learn is the chief antagonist of the series). Hank dominates Walt’s party by bragging about a recent drug bust and showing off his sidearm. When Walt tries holding the gun, he says, “Whoa. It’s heavy.” Hank replies, “That’s why they hire men.” Then he gives a toast: “Walt, you got a brain the size of Wisconsin, but we’re not going to hold that against you. But your heart’s in the right place, man.” Hank is the anti-Walt. He’s a true alpha-male; dominant, confident, tough, and loud. Where Walt is a thinker, an intellectual, Hank is a doer. Where Walt is passive, Hank is assertive. Nobody’s going to make Hank eat veggie-bacon.

Ten minutes into the story, we have a pretty good idea of poor Walt’s “before” life. His exterior situation is tough. He’s getting old, past his prime, overworked, underpaid, and in poor health. His internal conflict is pretty clear at this point, too. He’s passive, to the point where people take advantage of him. He gets disrespect from every direction, but he’s so cowed by life, he doesn’t know how to fight back.

After the party, Walt and his wife Skyler are in bed. Here, we get a perfect metaphor for Walt’s internal conflict in the form of a hilarious sex scene. As a birthday treat, Skyler begins giving Walt an obligatory “handy” that neither of them seem to be interested in; he’s half asleep and she’s using her other hand to work her laptop. “What is going on down there?” Skyler asks. “Is he asleep?” Impotence is a recurring theme for Walt – in bed, at work, in social situations. Like Hank implies, Walt has failed to be a man. Now we know everything we need to know about Walt.

In the next article, we’ll look at the next two plot points – the inciting incident and the call to action – which complete act one. Keep reading to find out what happens to shake up Walt’s stasis and start him on his way to resolving his internal and external conflicts.