This is the first in a series of ongoing blog posts that will be cataloguing the production process of 20 Questions Film’s upcoming low-budget feature The Storyteller, which has now officially begun pre-production.

My name is Rachel Noll, and I’m the producer and co-writer of the film, as well as one of the lead actresses. I look forward to sharing our ongoing journey with you as we move into pre-production and production on the film. With this online production diary, which will likely be passed between key crew and cast members to add their perspectives throughout, we hope to give you all a window into the process of producing an independent film from start to finish. Along the way, we encourage you to ask questions in the comments section below. We’ll happily answer.

The Storyteller began as an abstract idea that Joe Crump, the director and co-writer, brought to me. “What if” he said, “we explored the story of a young girl who is immortal? What would it be like to live for hundreds of years? How lonely would that be? How would the world change?”

The goals of this film were threefold:

Joe and I have often discussed how creating a script is like putting a puzzle together… You have a table full of pieces, and it’s our job as writers to figure out how they all fit together into one compelling picture.

I would sit down and write 20 pages to send along to Joe, and those 20 pages would inspire us to completely rethink a character or a key element of the script. And back to page 1 we would go. By the time we had a completed first draft, it hardly resembled the original concept we had outlined. It had become something else entirely – a rich, complex and multi-dimensional story about people finding their way back to themselves, with a clear message about creating the life we want on our terms. It felt like the story had taken us by the hand and lead us where it wanted to go, guiding us gently scene by scene.

The writing process often feels like this, in my experience. We come to each draft with our own ideas and notions of where it should go, but more often than not, the characters and the story dictate to us where they want to go next, not the other way around. There have been times when Joe and I have sat with a scene and had no idea what was coming next… and then an inspiration would strike one of us, and all of a sudden the world would open up again.

Writing a script is truly a process of trust, openness, patience, collaboration, and a willingness to try things. Like improv – sometimes it’s just saying yes to the inspiration, wherever it comes from and however it shows up.

In the end, what was born was a story about Abby, a young girl believing herself to be immortal who helps to heal a dysfunctional family as she explores a world teeming with magic to escape the traumas of a dark past. 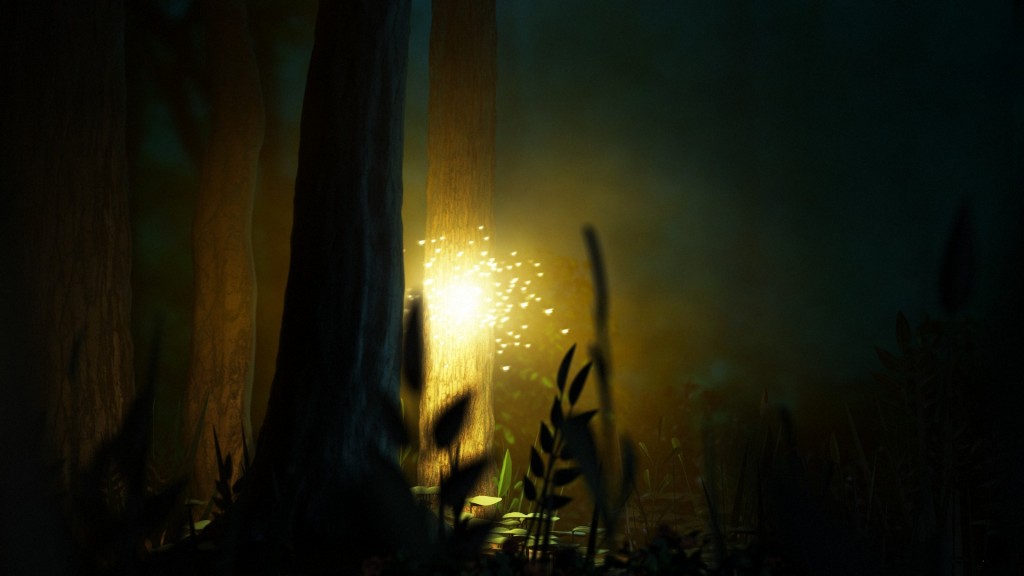 Now that we have a shoot-ready script, we are moving rapidly into the pre-production phase. There are two elements that we felt we needed to nail down early on; one being the main cast members, and the second being the musicians we will be collaborating with on the music for the film.

Currently, the script is out to a handful of talented indie musicians. We want to find the right fit – someone to help us write the music, collaborate with the actors who will be singing and playing on screen, and create a soundtrack that we can promote and sell along with the film itself. There are two original songs in the film that need to be written, and a cover of the old spiritual Wayfaring Stranger that needs a unique update. The musicians are working away on songs as we speak.

Simultaneously, I put out the film’s first casting call on Breakdown Services, and received submissions for the main four roles from actors all over the country. Technology is amazing; it allows us to see and experience the talents of actors we might not otherwise be able to see. Due to our budget constraints, we are only able to consider actors who can work as Indiana local hires. The number of talented actors who live and work there blew me away!

We wanted to start the casting process early because the roles we need to cast are rigorous and require specific talents. Our lead actress, Abby, is a 12 year old girl with wisdom and maturity well beyond her years. She has to carry the film on her back, and we know that finding the right fit for this role is make or break for the movie. Two of the other lead characters have to sing and play instruments with skill in a specific style. This also requires a very particular kind of actor and collaborative attitude to make it work.

We have seen and narrowed down our list of actors and are holding callbacks in the next couple of months to find our cast. Once we have our cast, and have settled on musicians and songwriters to collaborate with, we will be able to lock in our shoot dates for 2016, begin working on the music with the actors and the musicians, and start preliminary character rehearsals.

In our upcoming blogs, I will be taking off my writing hat and putting on my producer hat to talk you through the pre-production checklist in real time, so you can get a feel for what happens when, and how to make sure your checklist is complete before you go into production. Until next time!

Got any questions about the writing or casting process? Post them below!