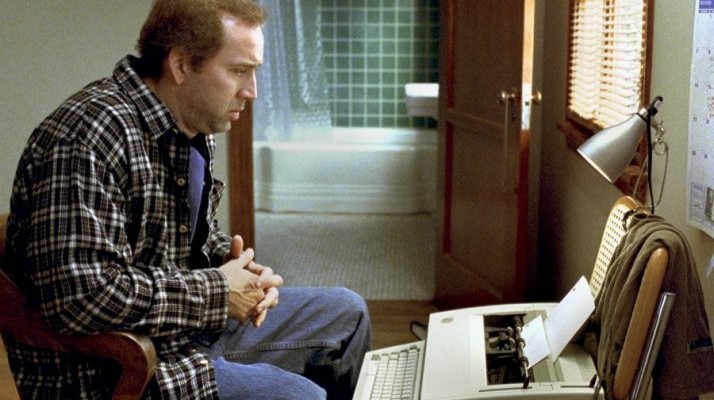 This is the first article in an on-going series about the entire filmmaking process, from idea through pre-production, shooting, post-production and distribution. We’re following the production of the ultra low-budget feature film, The Storyteller, in real time (more or less), which gives us a unique opportunity to give you an open and honest look at what it’s actually like to make a movie. Read the introduction to the series here – or get right to it…

Writing for the visual medium is a unique writing process. When writing a book, one has the intention of taking an idea, putting it on paper and getting others to read that story. When writing for a film, TV show, webisode or commercial, one has the intention of putting the idea on paper with the intention that it’ll communicate a visual experience, one that will then be brought to life. From idea to script is one process, but it is the beginning of a much larger process – bringing that idea to the screen.

We’ve all seen that moment in any number of cartoons: The animated creature is trying to think of what to do next, then, all of a sudden, a tiny light bulb turns on above their head. This imagery is synonymous with the creative process – the brain turns on and suddenly you have an idea. But, in this day and age where we, the filmmakers, have the ability to make our own films, the process of creating and how we write those ideas can come with the great, exciting and yes, even daunting, dilemma of how we will make those ideas come to life.

Where does the idea begin?

“We both love character stories, music and magic – so we started with a fantastical idea grounded in human experience and looked for ways to populate it with interesting, three dimensional characters. After that, we just started asking questions and building character relationships around the situation.” – Co-writer and director Joe Crump on The Storyteller process.

Why and when the light bulb turns on is a question that may never fully get answered. But – whether your ideas come while running, vacuuming, in the shower – there will be that moment when the light blub turns on. When that happens, write the idea down. The sentence could be something as simple as “man falls in love with a sheep,” or “Frankenstein as a comedy.” Whatever the initial spark is, write it out. Don’t be precious or concerned with whether or not the initial idea is worthy of being written. The fact that the light bulb came on makes it worthy. And believe it or not, the more you write down your ideas – the quicker your brain will send you more. Writing is a craft and like with any craft it holds true that the more you work the process, the better you will be at it. Master writers like Woody Allen have pages and pages of ideas. The idea is the start – the story that branches out from that idea is what comes next.

Check out this great clip of Gene Wilder talking about coming up with the idea for his classic, Young Frankenstein.

Which ideas are worth pursuing?

For filmmakers who plan to not only write, but also produce and direct their story, the question of which idea is worth pursing is arguably easier. Ask yourself: What can you accomplish? Unless you have a financier with $100 million dollars, the sky is not your limit. But this limitation is NOT a bad thing! In fact, it actually forces you to be more creative. Take those constraints, be they budget, scheduling, location, and create a story that makes use of them.

“The Storyteller was designed around the idea that we were going to do it ourselves on a micro budget. That meant that we had to have control of our locations, needed something that could be shot in 3 weeks or less, had a limited number of cast members and had few or easy special effects.” – Joe Crump, co-writer and director of the upcoming film The Storyteller.

The Storyteller isn’t the first film to make use of this idea. Ever heard of a little film called The Terminator? James Cameron wanted to tell a futuristic story, but knew that he didn’t have the budget. So he wrote a story where the “monster” looked human and was set in present day. Smart storytelling created a cult classic that became a franchise that, like the Terminator, just won’t die.

Flashback to 1984 with this classic trailer!

How do you start?

The ideas have been discovered, thoughts pursued, now comes the actual writing. There have been books, articles, and entire lectures given on the process of writing. Does one take the idea and write a logline? Do you go from a beat sheet to an outline and then finally to script? Or does one begin writing and find the story structure that way? The process is determined by the writer(s).

“I think the idea of needing to come up with “one great idea” can be crippling. Great is subjective and I think the marker of the “right” idea to explore, for lack of a better word, is an idea that really gets you fired up and excited. Joe came up with this seed of an idea, and we both immediately felt inspired. I got ideas of where it could go, he started seeing scenes and characters that could inhabit the world. We explored it to the point where we both knew we wanted to write about it. We didn’t worry if it was great, we paid attention to how it impacted us when we thought about writing it. Any idea can be a great idea if the person writing it down is excited to explore it.” – Co-writer and producer Rachel Noll on the creative process of The Storyteller.

Whatever process you choose, the answer comes back to craft. This is not your hobby, it will not always bring you pleasure. It is work and let’s not be confused: It is hard work. But your ability to sit down and write despite the hardship, the fact that you turn the idea into a story that won’t be just a script but that that script will then be made into a visual creation is what makes you a writer, a filmmaker, a storyteller.

Join us next time where we’ll be diving into the writing process – writing alone vs with a writing partner and how do you get from 1st draft to final draft?

Until next time, here’s a moment that many writers can relate to – are you one of them?