With Whiplash still fresh in my memory, I was wondering what other great movies were developed from – or inspired by – short films. I wanted to see how other filmmakers had used the oft-abused short film medium to either experiment, test a story, show a proof-of-concept or simply spark interest around themselves or their projects. I’ve often heard people say that “short films are a waste of money” or that I should “put my energy in shooting a webseries” or even “forget about low-budget shorts and do a graphic novel about your project”. I’m sure all of these things are true, but luckily filmmakers don’t always do what makes sense – and that’s when the fun stuff happens.

I found an article on Mentalfloss that does a great job of digging up footage you never knew existed and presenting it with a bit of background trivia. Just the kind of stuff I was looking for. Here’s my totally subjective round-up of the 10 most inspiring of these – and what Rudie Obias had to say about them.

Before Jon Heder played the titular character in 2004’s breakout indie hit Napoleon Dynamite, the actor starred as the same character (only going by the name of Seth) in director Jared Hess’ student short film Peluca, which was made in 2002. The short was made for only $500 on black-and-white 16mm film stock in Hess’ hometown of Preston, Idaho over the course of two days. After being shown during the Slamdance Film Festival in 2003, Peluca was adapted into Napoleon Dynamite the following year.

Although Napoleon Dynamite was a sleeper hit in 2004, the film’s production still kept its indie sensibility with a small budget of $400,000 (Heder was only paid $1000 to reprise the leading role). It was selected for the Sundance Film Festival, where Fox Searchlight acquired the film’s distribution rights and the indie film became an instant cult hit.

In 2004, director and co-writer Ryan Fleck and screenwriter Anna Boden made a 19-minute short film called Gowanus, Brooklyn, which followed a middle school teacher who was addicted to cocaine. The short won the Short Filmmaking Award at the Sundance Film Festival and grew into the feature film Half Nelson two years later. The feature film still kept the short’s handheld, minimalistic style, but added actor Ryan Gosling in the leading role. Gosling was nominated for an Academy Award for Best Actor later in the year, but lost to Forest Whitaker for his chilling performance as dictator Idi Amin in The Last King of Scotland.

In 2005, director Neill Blomkamp created a vision of dystopian South Africa with the short film Alive In Joburg. The film followed a group of extraterrestrial refugees living in Johannesburg and looked at how the human population treated the new alien race. Blomkamp’s film was documentary-style and explored themes of South African apartheid; the director had conceived the short as a proof-of-concept to showcase advanced special effects with a low budget.

Alive in Joburg caught the eye of director Peter Jackson, who planned to produce a live-action version of the video game Halo with Blomkamp in the director’s chair. While the Halo creators ultimately backed out of the film adaptation, Jackson gave Blomkamp $30 million to do whatever he wanted to do instead. The result was the feature District 9, a box office hit that went on to be nominated for an Academy Award for Best Picture in 2009. Blomkamp introduced a new character named Wikus van de Merwe, played by Sharlto Copley, a well-mannered government official who slowly turns into an alien. Copley was also Alive in Joburg’s producer.

In 1992, after meeting in a playwright class at the University of Texas in Austin, Wes Anderson and Owen Wilson collaborated on a short film called Bottle Rocket, which followed the exploits of three clueless would-be criminals, played by Robert Musgrave, Owen Wilson, and his brother Luke. During the 1994 Sundance Film Festival, Bottle Rocket received little attention from film critics and festival attendees, but it managed to catch the eye of film producer James L. Brooks, who funded the duo’s debut feature based on the short.

The feature film version of Bottle Rocket was released in 1996 and gained cult status among film critics and cinephiles. The difference between the 13-minute short and the 92-minute feature film are mostly cosmetic; the narrative was expanded, and color photography was used. The feature also ditched the short’s jazzy soundtrack for a new score from composer and former Devo member Mark Mothersbaugh. Director Martin Scorsese named Bottle Rocket one of his 10 favorite movies of the decade, and it launched Anderson and the Wilson brothers’ careers.

Before George Lucas raced into super-stardom with the release of American Graffiti and Star Wars in the ’70s, he made a student film called Electronic Labyrinth: THX-1138 4EB while he was still a film student at the University of Southern California in 1967. The short film followed a group of people living in an underground dystopia, as one of its citizens hopes for something more to his simple and mundane life.

The short was made into a feature when Lucas’ friend and fellow USC film student Francis Ford Coppola founded his production company American Zoetrope in 1971. A feature film version of Electronic Labyrinth: THX-1138 4EB, now simply titled THX-1138, was the first film under the new banner.

Check out the article on Mentalfloss for more. 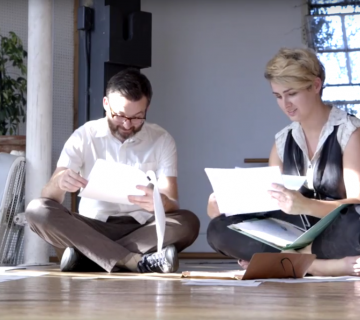 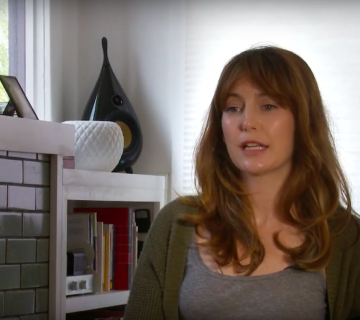 WATCH: Why Create A Graphic Novel For Your Film? 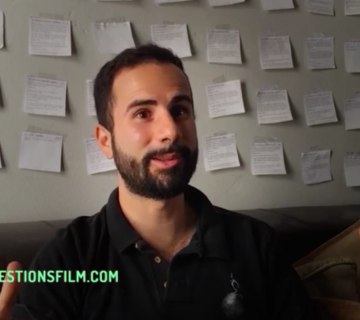 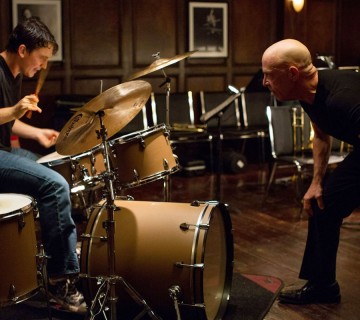 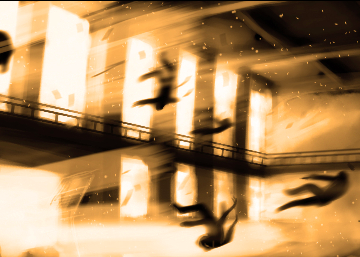